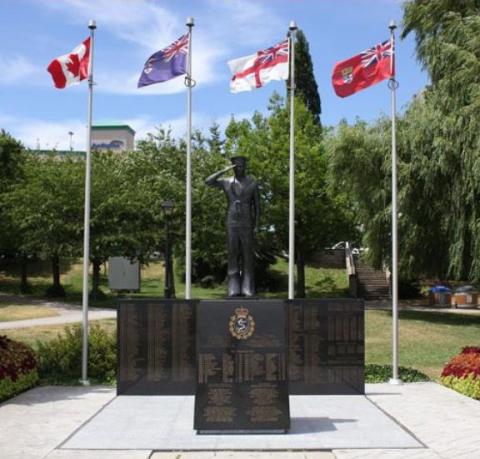 The Royal Canadian Naval Ships Memorial Monument faces Lake Ontario at Spencer Smith Park in Downtown Burlington. It honours the memory of the Canadian ships and sailors that served during the Second World War. The monument lists the names of all the ships involved in the six-year Battle of the Atlantic from September 1939 to May 1945, including both the Royal Canadian Navy and the Canadian Merchant Navy. The artist, Colonel André D. Gauthier OMM, CD is a Canadian monument sculptor and designer. Many of his works relate to the Profession of Arms in the Canadian Army, Navy and Air Force.