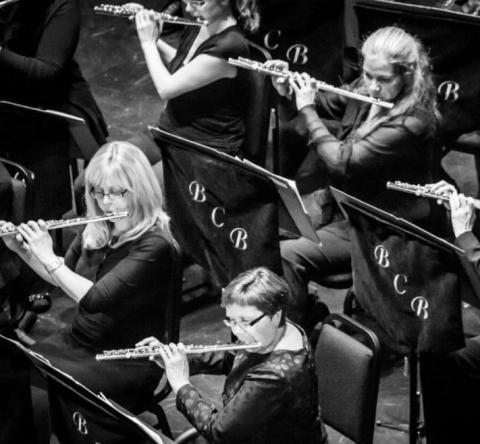 Founded in 1908, the Burlington Concert Band continues to bring audiences a unique blend of musicianship, enthusiasm, and community spirit. The band, comprised of local volunteer musicians, plays a wide variety of musical styles and repertoire. Our band is unique in that we primarily perform to raise money for charitable causes. Over the last 10 years the band has raised over $40,000 for local charities and has built an audience of over 2,000 fans. The Burlington Concert Band is a participating member of Performing Arts Burlington as well as the Canadian Band Association. The band continues to grow to this day. We encourage you to become involved in our organization. According to the Burlington Gazette of the day, the band was originally organized by Harry Barnes and had a membership of 20 players in 1910.  The original name of the group was simply “The Burlington Band.”