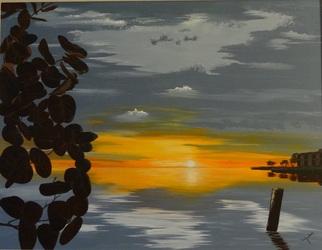 F is for the Founding of our association. Its roots as a Guild go back to 1966, when anyone interested in fine arts could participate in workshops, programs, and an annual juried exhibition. Meetings were held around town, wherever decent free space could be found.
I is for the Institutionalization in March, 1972 of Arts Burlington, a confederation of associations. Arts Burlington initially brought together BFAA with other arts and crafts Guilds – weavers, hookers, quilters. Later, photographers, sculptors, and wood-carvers joined that umbrella organization too.
N is for the Networking that went on, and still thrives, among local artists within and between the various Guilds of Arts Burlington. For instance, as early as May 1972, the first annual Kaleidoscope show had 250 artists and craftpersons exhibiting works to over 3,000 visitors.
E is for the Establishment, in 1975 of what was then called the Burlington Cultural Centre, overseen by a special Board of Directors. Responding to Arts Burlington, city officials chose a site at Lakeshore Road and Brock Avenue. The provincial government awarded funds for an architect to draw up building plans.

A could be for the Appointment of various officials to manage the new enterprise (David Nasby in 1976 and Ian Ross later)... or A could be for the Affiliation of the Centre with the Ontario Association of Art Galleries. Instead, though, let’s just have the letter A for all the assorted economic, social, political, and artistic Actions that led up to the Centre’s grand opening back in June 1978. Most certainly let’s also remember the hard-working members in our organization who vitally work behind the scenes organizing our spectrum of collaborative Activities.
R stands for the Range of activities that nurture our artistic development – a sketch group, a plein air group, the print & collage group, life-drawing sessions, classes in assorted media, children’s art classes, demonstration workshops, and art-appreciation occasions. Lots of things are on the go, as our yearly Calendar of Events suggests and as our guild’s monthly newsletters report. These newsletters also draw attention to awards our members regularly earn. All in all, at the Art Centre (the Cultural Centre name was changed a few years ago), an ethos of productivity and stimulation is going full tilt.
T is for the Teamwork within our Guild. We have monthly general meetings, where members get an update on coming activities and contribute ideas for our Guild’s future doings. For an hour or so after these general meetings, professional artists discuss and demonstrate their philosophies and artistic achievements. Also offered at other times are art critiques and in December we have a potluck dinner. Those doings are supplemented by friendships that arise between fellow-artists and inspirational colleagues.
S can reflect the Showings of members’ works of art, not only at Kaleidoscope and other between-Guild events, but in the Centre’s Fireside Lounge and at the Café’s Wall of Art, the Hall of Art in a major law firm, and galleries throughout the region and North America. Yes, opportunities to display art can be fun and rewarding.

All things considered, though, maybe we should just allow S to represent the Special Space that BFAA has been and is today. You might want to become part of it.