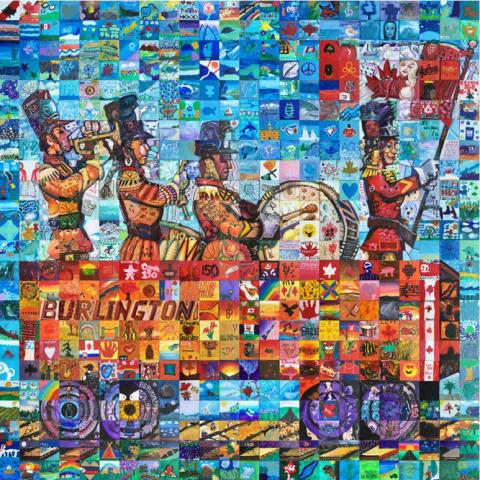 The Canada 150 Mosaic Mural is a national project created by Albertan artists Lewis Lavoie, Paul Lavoie and Phil Alain to celebrate Canada’s 150th anniversary of Confederation. From 2015 through 2017, the artists travelled across Canada to create murals in different communities across the county. The mural consists of 400 individual tiles painted by Burlington residents of all ages. Residents were asked to vote on a theme for the mural and the Burlington Teen Tour Band was selected to celebrate its 70th anniversary.

For more information about the City of Burlington’s Public Art program, visit www.burlingtonpublicart.com