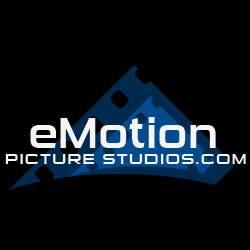 The term lean manufacturing refers to the reduction of inefficiencies within a manufacturing process. Web video production is no different than any other product that undergoes multiple stages of refinement in that it can be a laborious and tedious process plagued by redundancy. Bill Wilson joined his son Scott in founding eMotion Picture Studios in 1999, with the notion that they could perform a better, more efficient job than any web video production company on the planet. With a background in industrial engineering, Bill Wilson is well acquainted with the principles of lean manufacturing. It was his vision to quell wasted time and wasted effort that came from filming and editing in different locations, and traveling to clients to present the results. He saw make-up, set design, DVD authoring and other specialists hired, at great expense, for a brief one-time input. By utilizing lean video production eMotion Picture Studios reduces wasted time and expense for clients. This means you save on time and cost. Portable editing suites enable us to bring all aspects of professional video services directly to you.

Professional video production is an enterprise that can vary greatly in size. Traditionally, professional video production was restricted to large, multi-camera set-ups that required many crew members to operate. As such it is a process that can benefit from technological refinements, and a well-versed and experienced production team. A halfway decent camcorder can be used to develop something like a home movie, but for more elaborate projects, sophisticated gear may be required to finish the jobs. eMotion Picture Studios has twenty full-time employees, and a huge inventory of camera equipment including a Red Epic-X camera. Hollywood films like The Hobbit, Jurassic World and Avengers: Age of Ultron were all shot-on-red, meaning they were filmed with a Red Epic-X camera. It is state-of-the-art technology and an experienced production team that enables eMotion Picture Studios to deliver a polished video product.